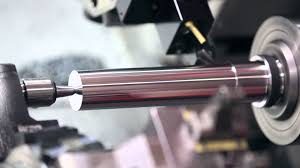 1. The basic chemical reaction of soap making is the interaction between grease and alkali which is used  to produce soap and glycerin:

The soap obtained from the reaction is called soap base after salting out, washing and finishing, and then continues to be processed into soap of various commercial forms

Remove impurities from grease.Common refining processes include dejiao, alkali refining (deacidification) and decolorization.Degumming is the removal of phospholipids and other colloids in oil. The main function of alkali refining is to remove free fatty acids in oil, but the pigment and impurities in oil are removed due to floccus soap generation and adsorption.

The oil was refined and saponified with alkali.Boiling method is the main saponification method, the soap pot is cylindrical or square.

Oil and caustic soda are boiled in a soap pot until saponification rate reaches about 95%. Saponification is stopped when the soap material is uniformly closed.

In a closed soap stock, salt or saturated salt water is added to separate the soap from dilute glycerine water.The lowest concentration at which soap can be separated is called the limit concentration of salinity.The closed soap gum after salting out, the upper layer of soap called soap particles;The glycerine water with salt in the lower layer is discharged from the bottom of the soap pot to recover glycerol.

After separating the waste liquid, add water and steam to boil the soap granules, make them into uniform soap glue from the separating state, and wash out the remaining glycerin, pigment and impurities.

In order to saponify the remaining oil in the soap granules completely, glycerol, salt, pigment and impurities in the soap granules were further washed by alkali analysis.The lowest concentration of alkali completely precipitated from alkaline precipitation is called the limit concentration of alkaline precipitation.The adjustment is sufficient to separate the soap into two phases.The upper layer is pure soap base and the lower layer is soap foot.Soap foot colour and lustre is deep, impurity is much, when next pan alkali is analysed commonly, reuse.

Soap base condenses into a large soap plate, and then cuts off into soap blank, which is printed and dried into laundry soap, soap and other products.